A downloadable game for Windows

You wake up in what looks like an old abandon mine.  Across from you is the gate that will set you free but it’s locked.  Will you be able free your self or will your soul be swallowed by what hunts the mine?

Hello, your game is in my video

Reply
Neco The Sergal291 days ago

Gave it a try

Nice gameplay and I hope you enjoyed it.

hi, big thx for the cool game. greetings from rosti

Thank you for playing :)

Starting off the review with a disclaimer because why not.

Shatter Glass Games contacted me and asked for me to give their game a look, I did, you have been disclaimed.

Now onto the review.

Typically I stay away from nothing but maze horror games. They typically end up becoming a trial of patience rather than a horror experience. This game, for the most part, managed to avoid the worst sins and tropes. The most efficient way to do the next part involves very official-looking formatting.

The environment and the monster both look great, the styles mesh well, a few strange rendering bugs surrounding the fog but otherwise very befitting.

Audio however is another story, most of the sound and ambiance choices in the game set the tone and keep it there. Sadly it seems that the monster himself lacks audio cues, at least audio cues that trigger before you get game overed. Louder footsteps or ambient groaning to give the monster more presence would also help reduce the overall difficulty problem.

Maze games, especially horror mazes all typically suffer from the same flaws. DEATH DESENSITIZATION, essentially frequent unavoidable deaths that lead the player to no longer care about their characters safety. This leads the player to sprint from one end of the maze to the other trying to get it over and done with as fast as they possibly can. You will die, a lot, a lot a lot and a lot of those deaths will be to the monsters remarkable psychic nature that enables it to stalk you down the random dead ends, key locations, and the escape gate. Nowhere is safe. Eventually turning the game into a get a key, lose a life cycle.

Strictly the monsters AI, he's almost omnipotent, allowing him to roam further away from the player as opposed to lurking around the same corners would enable the player to have more freedom and discover more of the maze before they get their head and neck separated.

Especially for an ITCH.IO indie horror game, you've done pretty good work. It actually feels like playing a real game, which is just shocking to find.

Thanks for contacting me to give me the heads up, greatly appreciate it. Here's a link to the video which covers the same topics with a visual aide of the monsters weirdness.

WOW, thank you for the great and detailed review.  I will work on some the stuff you mentioned on a future patch :)

Cool game! I like the art style and graphics. I don't really get how you can bypass those wires, maybe there is a way I was too dumb to find.

Thank you for playing and I hope you enjoyed it.  I saw the issues you had with the wires :).  In order to not trigger them you need to be in the middle of the path and not close to the pillars/columns because the dirt around the pillars will make the character up little and hit the wires with his head.  In the game-play trailer I posted today I showed how it's done.  With that said, I may place wires higher in a future patch.

Oh man, now that you say it I went back and saw the raised dirt. Nah, its perfect.

Maybe another note that hints at that would be cool.

Something cryptic, but not too hard with a rhyme would be really nice. 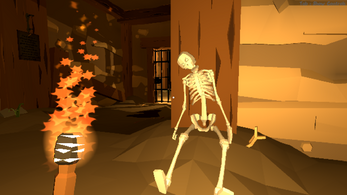 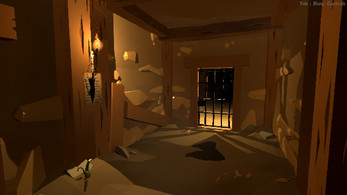 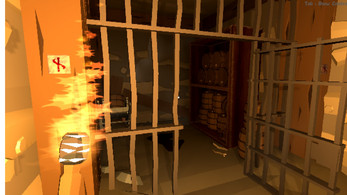 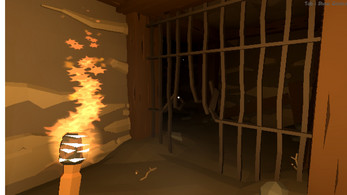 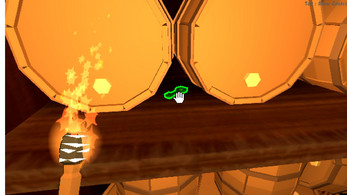 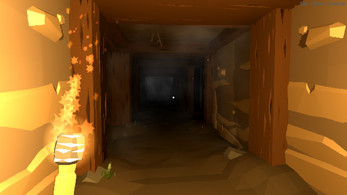 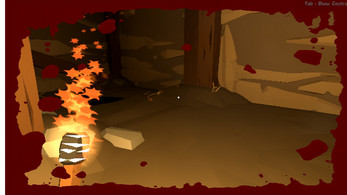